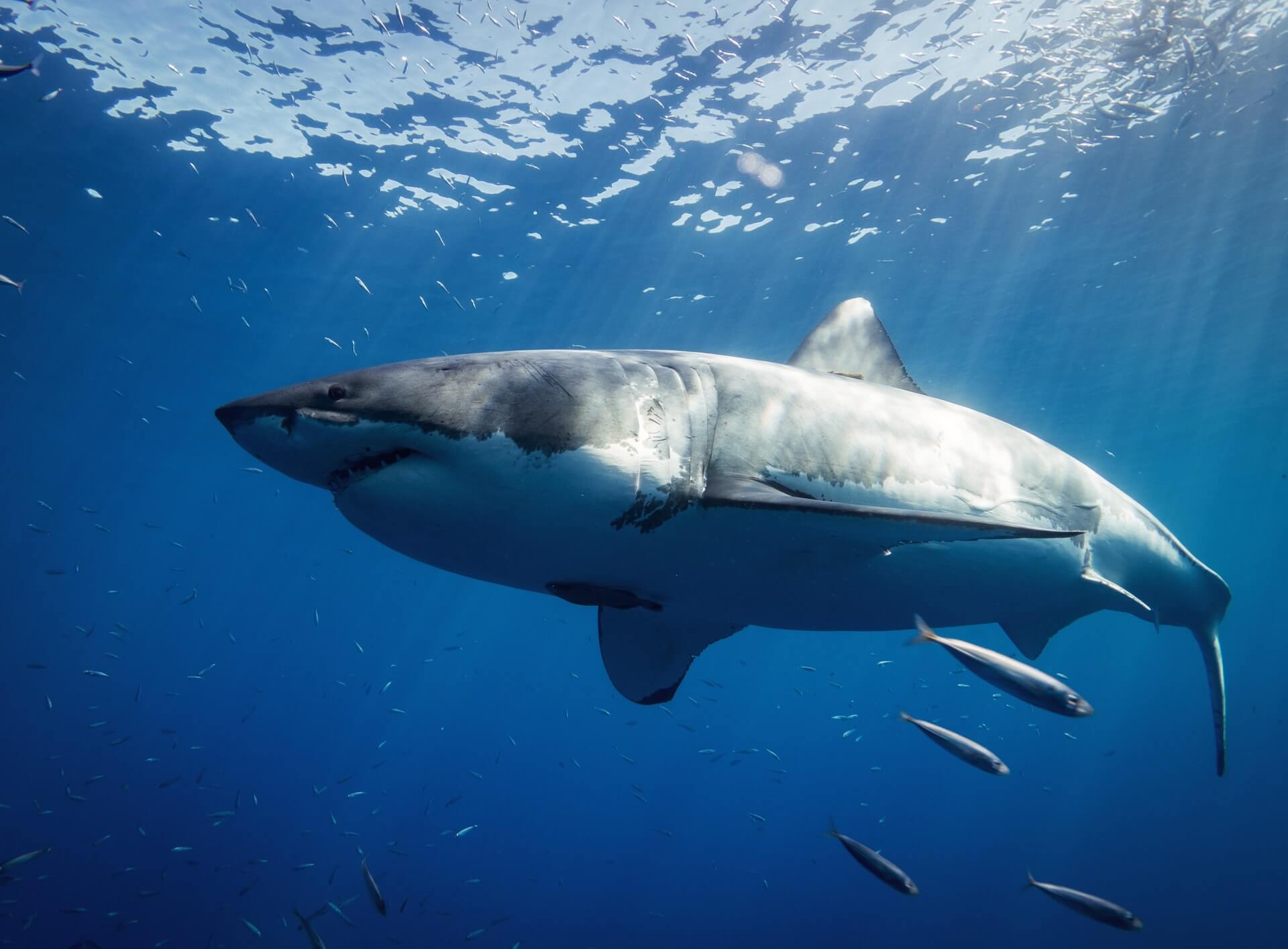 To deal with the Great White Sharks when deep diving you should always be aware of your surroundings. Great Whites seem so scary and dangerous but they are vulnerable and just like us humans. They don’t want to be harmed.

If you ever encounter them just focus on what you’re doing. Let them pass on you (remember you’re in their territory). If Great White will go near you just stay put. They might go on circling around you, but just stay where you are. They will just stop and stare at you then go away like nothing happened.

There may be cases where Great Whites attacks people. Experts say that Great Sharks can’t see their surroundings clearly. They only rely on other parts of their senses to catch their food. So basically they mistakenly thought a person as their food and bite them. But they will just realize that the person isn’t what they’re looking for and Great White will run away after that.

In the particular instance of great white sharks, which, along with bull and tiger sharks, are the largest and most dangerous species known to attack humans. There is convincing evidence from surviving victims that the sharks were simply examining what they perceived to be foreign objects in the water. Amidst confusing media reports that shark attacks are on the rise, such fatal attacks are extremely rare, and even more so when they are fatal. While the total number of shark attacks has increased recently, the rate per capita does not seem to have.

Sharks are simply inquisitive, and they aren’t afraid because they are the dominant predators in most ocean ecosystems. Sharks’ mouths also serve as finely calibrated sensory organs, causing them to “mouth” uncertainties-related in order to examine them and determine their potential food value. According to research, great white shark attacks on humans are not intentional, but rather the result of the predator’s poor eyesight.

Where do we mostly find Great White Sharks?

Great white sharks are found throughout the world. Mostly in some parts of South Africa, Australia/New Zealand, the North Atlantic and the Northeast Pacific. These can be found in almost all coastal and offshore waters with water temperatures ranging from 12 to 24 degrees Celsius or 54 to 75 degrees Fahrenheit. With higher concentrations in the United States (Northeast and California), South Africa, Japan, Oceania, Chile and the Mediterranean, including the Sea of Marmara and the Bosphorus.

Avoid isolating yourself. Do not go to areas where seals can be found and parts where there are visible schools of fish. Avoid water that is murky or has low visibility, because Great Whites might think you’re also their food. Swimming with great white sharks is inherently risky. These are large and powerful predators. While they are not as dangerous as films and popular culture would have you believe, they are not safe animals to be around if you do not have adequate protection.

Great White Sharks may be harmful and dangerous, but we should also consider that they are simply going about their daily lives. They, like humans, make mistakes, such as mistaking us for their prey. They may appear frightening, but we must also consider that they may regard humans as dangerous to them. Just remember the precautions and dangers if you ever encounter them or go swim with them.

Is A Giant Barracuda Dangerous To Scuba Divers? | Diving Facts