Skip to content
Startseite » Blog » Spearfishing 101: How to Fish Mahi-Mahi 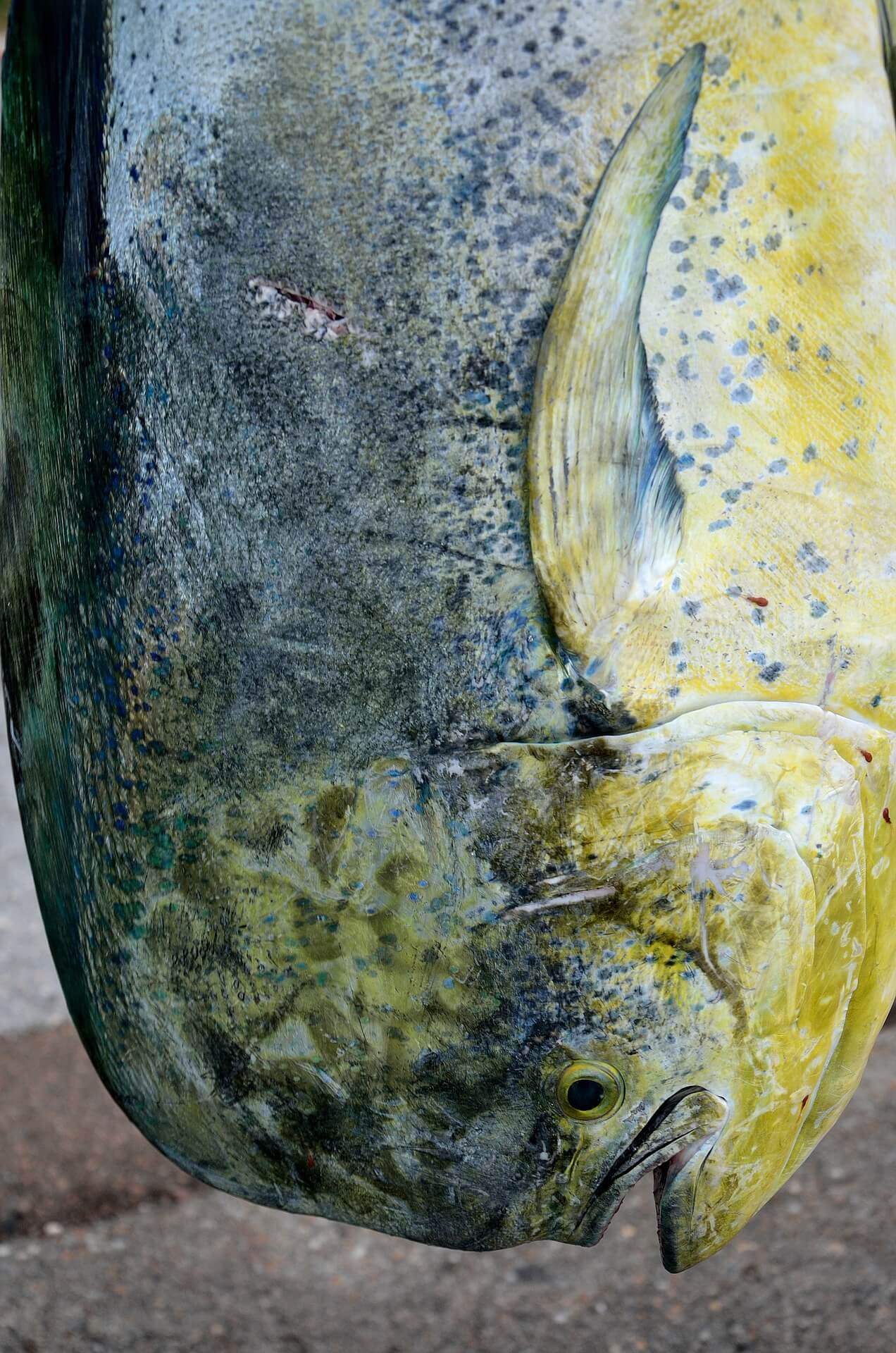 Mahi-mahi fishes are one of the fastest growing fish in the ocean which makes them a fantastic target for recreational fishers. They can grow over ten kilos in under 12 months. They reproduce from an age of about three or four months old so it will be highly sustainable and one more thing that you should not forget— they are delicious!

Mahi-mahi are usually at 3 meters down the surface of the water so they are quite easy to spear. Here’s everything you need to know about spearfishing your first mahi-mahi.

Mahi-mahi (Coryphaena hippurus) are generally known as dorado or dolphin fish. Its name means “very strong” in Hawaiian words. They are just as beautiful as they are delicious. It is one of the most eye-catching creatures in the ocean because of its vivid blue, green and yellow glow that changes based on their intensity and instinct. They typically live for about 5 years and are some of the fastest growing fish thus it is considered one of the sustainable harvest types of fish in the ocean. The males are commonly called “bulls” because they have a larger squared head and can grow well over 50 pounds. While the females are called “cows” have a rounded head and will typically grow to about 30-40lbs.

Mahi are mostly found in schools but larger individuals can be found lurking solo. There are medium-sized fish whose average weight is around 15-30 pounds. The biggest catch recorded was a whopping 87 pounds or 40 kilograms! It was caught in Costa Rica in the year of 1976.

Where can you find Mahi-mahi?

Mahi-mahi can be found in many places in the world. It is one of the fastest growing types of fish that is considered a hefty and healthy fish population. It can be found in the Caribbean Sea, Pacific coast of Costa Rica, west coast of North and South America, Gulf of Mexico, Atlantic coast of Florida and West Africa, Indian Ocean, South China Sea and Hawaii. The US mainly gets their commercial harvesting of mahi mostly in the Atlantic, Gulf of Mexico and Caribbean with a large percentage coming from Hawaii. These generally stay shallow in the water column that is mostly around above 10 meters and at some point, right in the surface of the water. Water temperatures range from 70-82 degrees is the most suitable temperature they can be found.

When is the best time to catch Mahi-mahi?

In the Gulf of Mexico, Mahi-mahi can be found swimming around throughout the spring months and into summer. May and June are particularly hot. While in the Florida Keys, the best time to fish is between mid-April through early September. The higher temperatures will vary from island to island. The worst time to catch these fishes will be December through February within the Florida Key waters.
You also need to make sure to choose the right time of the day in catching them as they are known to be day feeders, but they may come out to feed at night because the light coming from the moon is their way to see their food.

How to catch Mahi-mahi using spearfishing?

In catching Mahi-mahi, you have to remember that when waters are cooler, dolphin fish are more likely to be closer to shore. This means that you will be able to catch between 3-4 miles offshore. With warmer temperature and weather, most likely you have to travel a bit farther around 10-12 miles offshore to be able to catch it. You can also use these guiding tips in getting your first Mahi-mahi using spearfishing.

Mahi-mahi fishing is an amazing experience anyone can do. Mahi-mahi are bountiful in the ocean, and they’re strong enough that they can put up a fight and often leap clear of the water. But it will be worth it once you reel it over the water to your boat. That will be an incredible catch!

Diving Encounters: How to Deal with Giant Mad Octopus

How To Become An Expert In Using All Fishing Gears